Nigerian rapper Olarenwaju Ogunmefun also known as Vector has disclosed that his career as a musician is dying.

The 35 year old announced on Twitter that his career was dying after a follower who asked why his account isn’t verified yet.

See their conversation below: 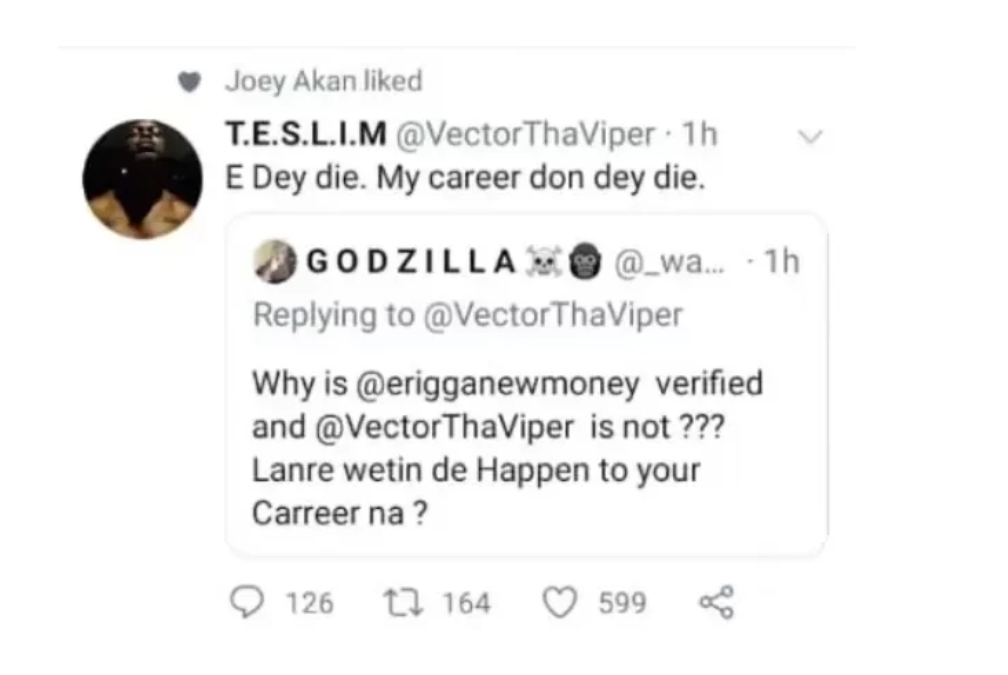 It is worthy to note that Vector, is a Nigerian rapper, singer, songwriter, actor and philosopher. He has released three studio albums, including State of Surprise and The Second Coming (2012). In anticipation of his second studio album, he released a mixtape titled Bar Racks. “Lafiaji” which was released in December, 2016. He also released a mixtape in October 2018, “The Rap Dialogue” in an effort to keep the spirit of Nigerian hip-hop alive

He is the voice behind a Sprite commercial that aired on radio stations across Nigeria since 2009.