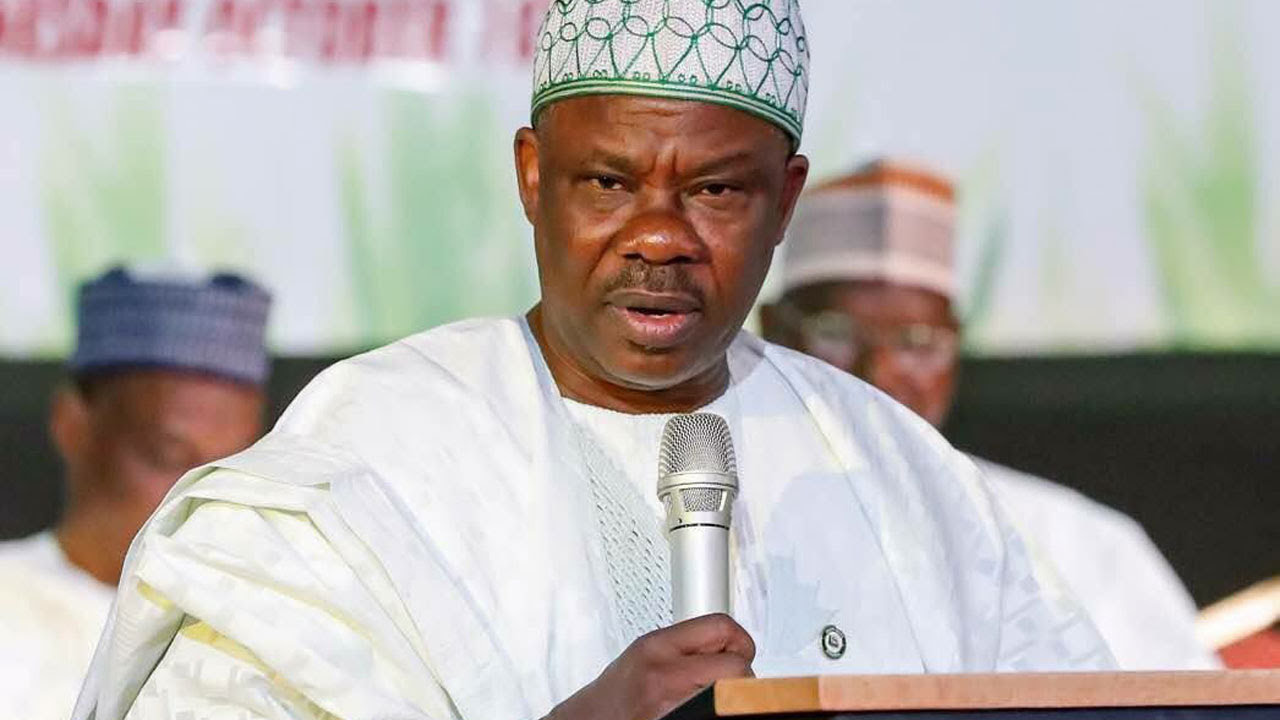 Right now the political atmosphere in Ogun State is cloudy, just 10 months to the general elections, and temperature is rising.

Currently, there are over 20 governorship aspirants. The All Progressive Congress (APC) has more than half of the contestants. Among the APC aspirants are Tolu Odebiyi, Chief of Staff to Governor Ibikunle Amosun; Otunba Bimbo Ashiru, Commissioner for Commerce and Industry; Kola Lawal, Commissioner for Forestry; Muyiwa Oladipo, Commissioner for Tourism; and Speaker of the State House of Assembly, Hon. Suraj Adekunbi.

Negotiations for merger are still going on among the smaller parties while some aspirants are still looking for a platform that would give them the governorship ticket.

Over 10 aspirants on the platform of the ruling party are still waiting for the governor to endorse them and subsequently announce one of them as the party’s flag bearer.

but we all know at the end only one would emerge winner.

The major opposition Peoples Democratic Party (PDP) already is weakened due to internal wrangling and has remained the shadow of itself less than a year to the election.

Some notable PDP members, including former Deputy Speaker of the State House of Assembly, Remmy Hassan and Senator Lekan Mustapha decamped with their supporters to the APC.  Mustapha is a former Ogun East Senator.

About a month earlier, the former Minister of Power and Steel, Tunji Sharafa- Ishola also decamped to the APC. 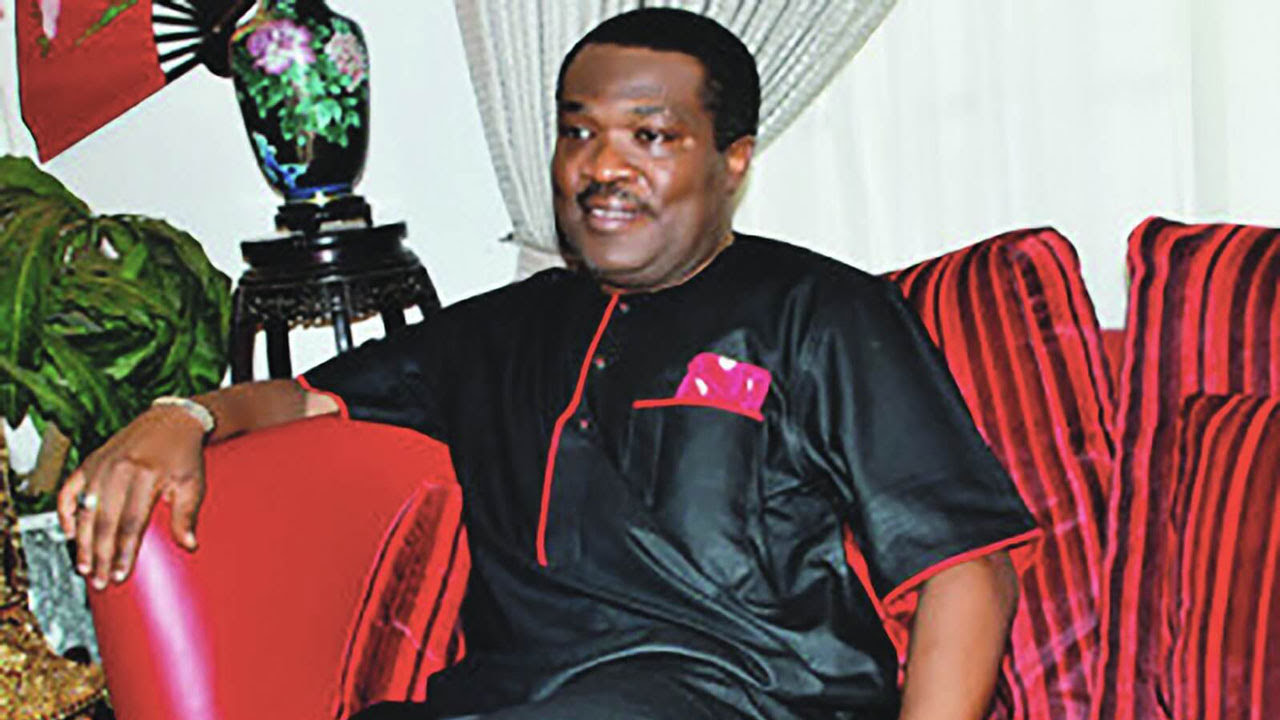 Rumour has it that Senator Buruji Kashamu, who represents Ogun East on the platform of the PDP and a major financier of the party is however struggling to recover his lost influence after the party’s December 9 National Convention in Abuja.

Kashamu’s influence in the party was said to have reduced since Prince Uche Secondus emerged the PDP national chairman against the desire of the camp he belongs.

The other smaller parties are Labour Party (LP), Social Democratic Party (SDP) and Accord Party (AP). As it appears, the only way for these parties to make appreciable impact in the coming elections is to merge with other parties.

Investigation has revealed that the Labour Party has broken into two factions due to struggle over who should be the governorship candidate. Oladipupo Adebutu, though still a card-carrying member of the PDP, is said to be controlling a faction while the other faction is loyal to Prince Gboyega Nasir Isiaka (GNI).

Amosun had disclosed he would endorse a candidate from Yewa Ogun West. The only zone yet to take the governorship seat in the state since the country returned to civil rule in 1999. It was therefore understood why the 10 aspirants from the area are anxiously waiting to be endorsed.

But the governor gave a hint recently that the one he is likely to support may not be among those waiting.

In one of his recent comments, Amosun said, “Concerning my succession plan, the person I will choose might not be a party man.”

To political observers in the state, the governor’s comment gave confirmation to speculation that he may eventually endorse a London-based woman as his successor.

To some APC faithful, if the Governor’s intention turns into reality, it would be the greatest mistake he would have ever made in his political career. They argued that Ogun people would find it difficult, if not impossible, to vote for a “stranger.”

Amosun had repeatedly insisted that the incumbent senator representing Lagos West on the APC platform, Solomon Olamilekan Adeola (a.k.a Yayi), one of the top contenders of the governorship seat is a ‘stranger’ in Ogun, hence he is not qualified to contest the number one seat, apparently due to the fact that Adeola has spent all his political career outside Ogun State.

About three months ago, it was reported that ‘Ijebu Agenda Forum’ conducted a screening exercise, where a consensus Ijebu governorship candidate, in the person of Otunba Bimbo Ashiru was chosen. However, Ashiru’s sole candidature is being challenged.

Those who participated in the exercise include, Jimi Lawal, a top contender of the 2019 governorship contest, Senator Gbenga Kaka and former Minority Leader in the Senate, Dr. Olorunimbe Mamora. Seven of the nine contestants have rejected the result of the screening on grounds that it was not transparently carried out. 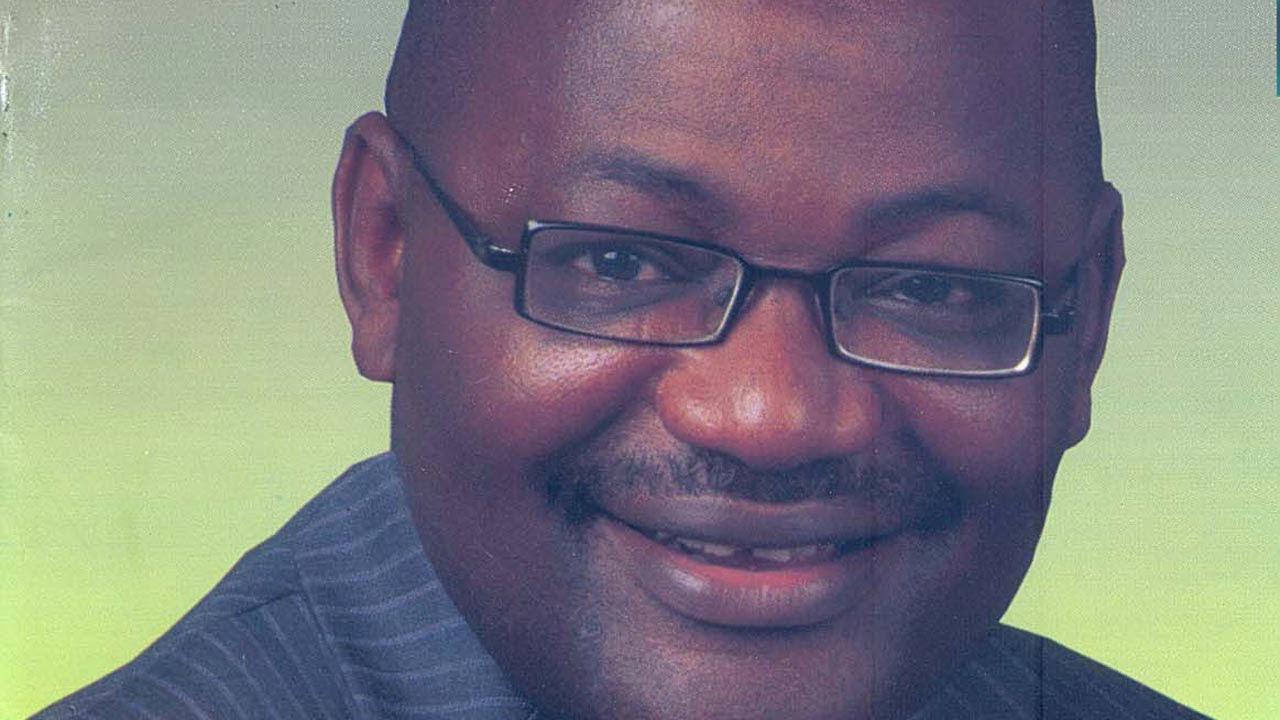 Lawal, who is the present Special Adviser to the Governor of Kaduna State, Mallam Nasir El Rufai, told The Guardian, “Seven of us who participated in the exercise have totally rejected the result because the process leading to it was not transparent.”

It is learnt that the Awujale of Ijebu land, Oba Sikiru Kayode Adetona is persuading his subjects to forget their political differences and jointly campaign for an Ijebu candidate.

A source from the palace told The Guardian that: “Kabiyesi has thrown his full weight behind an Ijebu candidate, encouraging us to work together to ensure that a core Ijebu man becomes the governor.”

All indications point to the fact that the next governorship election is going to be one of the keenest ever contested.

Amosun with overconfidence has insisted that Adeola or any other contestant he regarded, as stranger would not succeed him.
His audacity stems from his perceived control of the APC political machinery in the state.

Political observers in the state have also concluded Amosun’s preferred candidates will record a landslide victory whenever the party holds the primary.

But Adeola’s camp is now rejoicing over a report that, the APC National leadership has ordered that the party’s primaries at the ward, local government and state levels should be re-conducted.

The former State Governor, Chief Olusegun Osoba’s camp had issues with the last party’s congresses, which Amosun’s candidates overwhelmingly won and called for cancellation and fresh congresses. But the party did not accept their plea.

But will Osoba’s political influence and supporters, coupled with Tinubu’s clout be able to turn the table for Adeola? This is a question being asked among the party faithful particularly looking at the development of things at the national level where Tinubu’s influence is also being challenged.

For instance, one of the challenges Tinubu is facing in the reconciliation task given to him by President Muhammadu Buhari recently, was the fact that some governors in the party, Amosun inclusive, gave him (Tinubu) a condition not to meddle in the political affairs of their states if he hopes to succeed in the assignment before him. 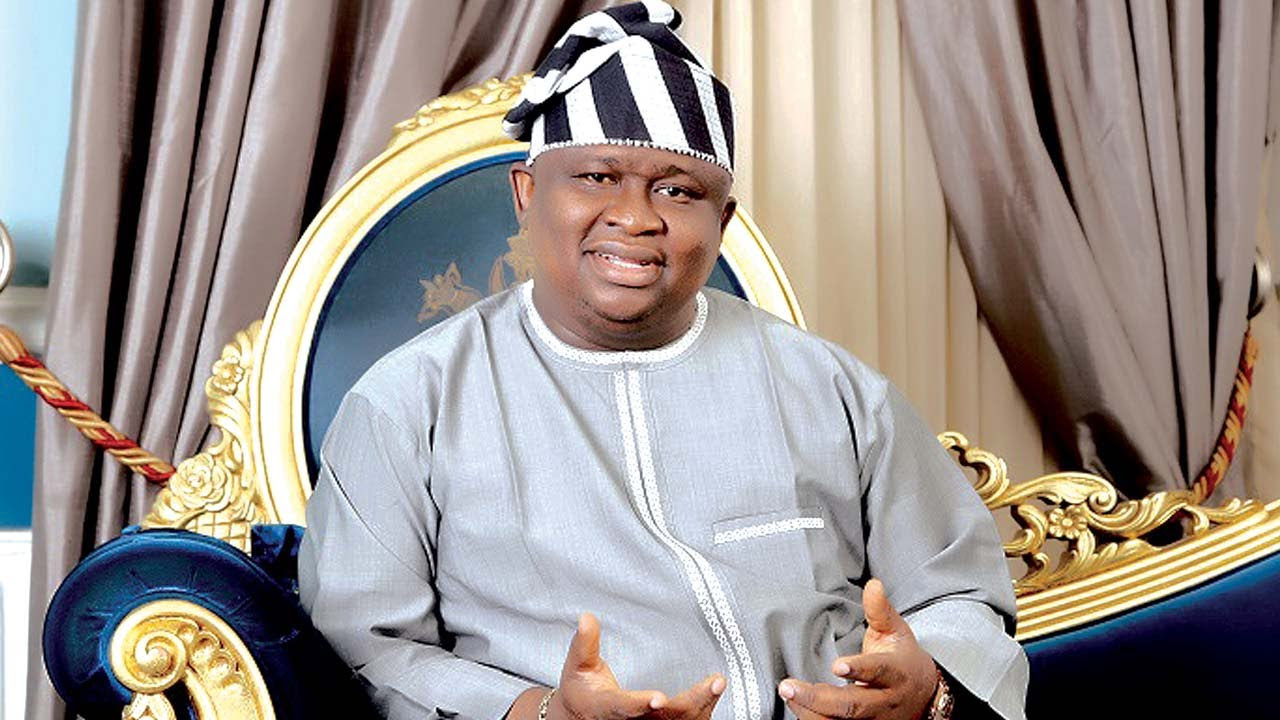 That Osoba is also supporting Adeola’s governorship ambition is speculative. Although, the erstwhile governor of Ogun had openly expressed his desire that the governorship should go to Ogun West being the only senatorial district yet to produce the governor since 1999. At no place has he ever expressed open support for any aspirant.

Adeola has been directed to drop his governorship ambition in Ogun but to concentrate his efforts in returning to the senate in Lagos West. This informed the near clash between his supporters and those of the former Minister of State for Defense, Musiliu Obanikoro, who recently defected to the APC from PDP during the second term endorsement rally organised for Governor Akinwunmi Ambode in Lagos.

The immediate factor that almost triggered the faceoff among the two factions was that most of the supporters of the incumbent senator wrote at the back of their vests ‘No vacancy in Lagos West’, a message to Obanikoro who has also indicated interest to contest the Lagos West senatorial seat on the premise that Adeola is no longer contesting the post, but Ogun governorship seat.

There are two political Movements operating in the state, that of former President Olusegun Obasanjo’s Coalition for Nigeria Movement (CNM) which former Cross Rivers State Governor, Donald Duke and former Osun State Governor, Olagunsoye Oyinlola are among the top members. The other one is the Nigeria Intervention Movement (NIM) which the former President, Nigerian Bar Association (NBA), Olisa Agbakoba and Jelili Tafawa Belewa are coordinators.

Investigation also  revealed that the two movements, with the backing of powerful people are working seriously to transform the two groups into a political party soonest.

Unity Party of Nigeria (UPN) governorship candidate in the last election and Isiaka are said to be negotiating with the NIM and CNM for the governor and deputy governorship tickets any time they transform into a political party.

Yayi, according to a source has also contacted them for the governorship ticket in case he fails to get that of the APC.

Paseda is the sole financier of (UPN), he is a man of immense wealth who is  believed to  have good intent for the state amongst all mentioned above.

orp who contested in the 2015 election has used this as a medium to learn about the weakening pillars of the state and how to rebuild ogun in 2019. only time would tell as the people of ogun state get ready for 2019

Traditional rulers in Ogun West are also not resting on their oars to ensure the zone produce the next governor in 2019. Some of the factors that would make the contest interesting are; it is going to be a battle between Ogun West and Ogun East, Ijebu area and Yewa especially. While Ogun West is latching to the argument it is the only zone yet to produce the governor, Ogun East’s excuse for insisting to get the 2019 governorship slot is that the slot which Amosun is using ought to have been taken in 2011 by Ogun West and going by the existing zoning arrangement, the East is saying it is none of its business if the West slept on its rights and allowed Ogun Central to snatch what belongs belonged it (West).

Another factor is that Ogun West, even less than a year to the exercise is still wallowing in crisis most especially as some of its traditional rulers are bent on supporting a contestant that is not in the good book of Amosun.

It is also going to be interesting that both the ruling party and the major opposition are enmeshed in internal crises and the chances of resolving the differences, which could lead to implosion, are remote before the election.

Can the ‘Third Force’ take advantage of the situation, or can another major opposition party such as the UNP take over Ogun next year? Only time will tell.