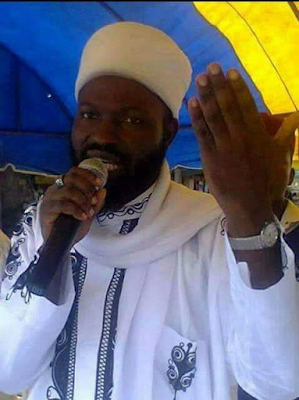 A 35 year old Muslim cleric, Sheik Yusuf Amzat-Salam, his wife and four children have been stabbed to death by unknown assailants at their home at the Atiba area of Odogbolu Local Government Area in Ogun state today May 16th. According to the state police command, Sheik Amzat-Salam, his wife, their 11 year old daughter, eight year old set of twin boys and their last child, a 2 year old daughter, were found in the pool of their blood with serious stab wounds.

Speaking on the incident, the state Police Public Relations Officer, Abimbola Oyeyemi, told newsmen that the state commissioner of Police, Ahmed Iliyasu, has ordered a full scale investigation into the crime. According to Opeyemi, the state commissioner of police has immediately deployed operatives of the Federal Special Anti-Robbery Squad (FSARS) and men from the Homicide section to the area and that the police would apprehend the killers and make them face the law.

“We are profiling the identity of the killers. The CP has deployed men of FSARS, Divisional Police Officers in the area and the bordering towns as well as other policemen to the scene. Preliminary investigation is ongoing to unravel the mystery behind the killing which happened over night. We assure members of the public that the suspects will be apprehended and brought to book” he said.

Younger brother  of the deceased cleric, Alfa Ishaaq Amzat-Salam, says his family has left everything in the hands of God.

“I leave those who perpetrated such evil into God’s hands for He alone will judge them. The deed cannot be undone. I will always remember my brother forever for his loving kindness as he was a shining light to us all”, he said.

Meanwhile the remains of the deceased persons were buried today according to Islamic rites.