Kovac, who was sacked by the German champions in November 2019, replaces Robert Moreno, who was dismissed after Monaco finished ninth in Ligue 1.

The Croatian had his first press conference as their new head coach on Wednesday, July 22, and promised to introduce ‘intense’ football at the French club.

Kovac said: ‘I play an intensive style of football. It requires being in good shape to be able to practice it.

‘I have had the opportunity to participate in a lot of pre-seasons in my career and I know that it is important to be in good shape physically, of course, but also technically and tactically.

‘We will have to use every day over the next five weeks to work on these aspects in an optimal way.

‘It will take a lot of drive and hard work for our first game in August and we will do everything possible to be in the best possible shape.’ 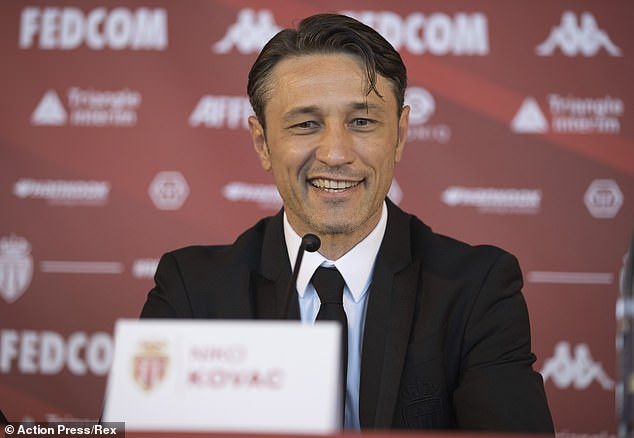 ‘The arrival of Niko is a strong choice – it demonstrates our ambition,’ he said at a news conference on Tuesday.

‘It also demonstrates our willingness to do our utmost to achieve our goal, which is to make AS Monaco a successful club.

‘It is an important change, one that is assumed, and aligned with the strategy of the club.’

Kovac won the Bundesliga and German Cup in his first season at Bayern before he was then replaced by Hansi Flick.