Nigerian singer, Kcee has slammed a troll who told him to flaunt his own properties rather than his brother’ s assets.

Replying the troll, Kcee who recently shared a series of videos of his newly built mansion asked if his brother is dead after he (troll) said that the singer is always showing off E-Money’s properties.

The troll identified as Dukestagram said: “Kcee, show us your house and cars. Everytime na Emoney own you de show us”

CHECK THIS ALSO: Davido Shares Plans For 2020, Says He Is Buying New Cars, Houses And Jets 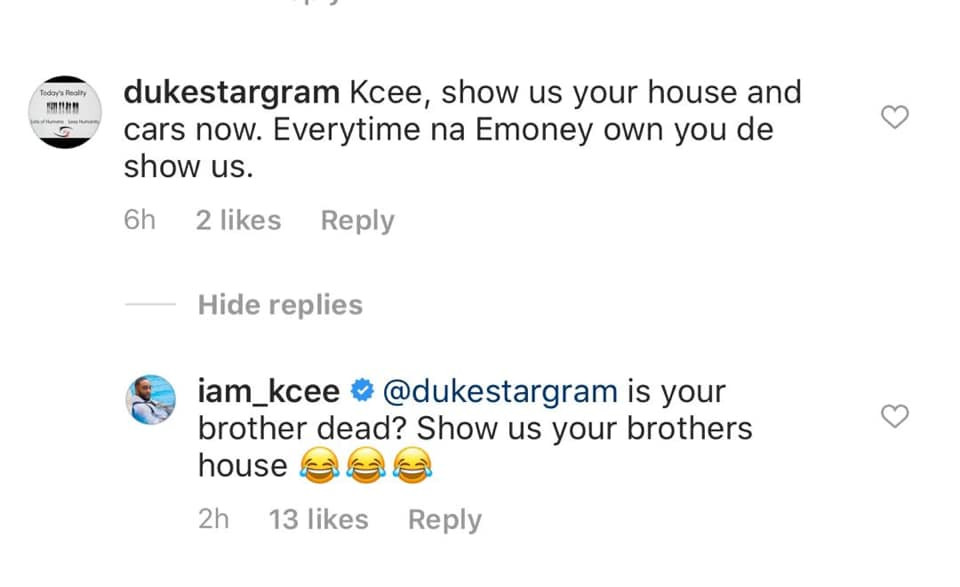