Popular Nigerian singer and songwriter, Davido has said Rema is “way ahead” of his generation.

The DMW label lead artiste made this remark about Rema on Monday, June 1, 2020.

This is coming after after Ikubor Divine also known as Rema reacted to the mannerism with which Nigerian youths protested against recent death of Uwaila and Tina.

“TBH [To be honest] I feel weird fighting for my generation behind a keypad.”

According to Rema, he would rather make his voice heard through more effective means than protesting behind a keypad on social media. 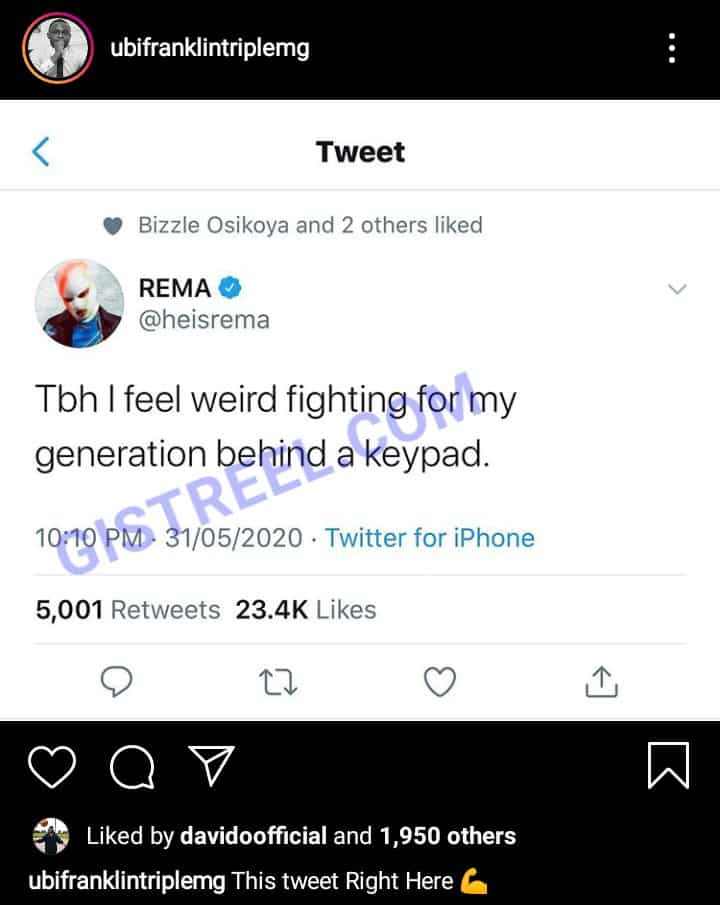 However, Davido on seeing Rema’s post as shared by Franklin, took to his insta story to praise him by saying he’s “way ahead of his generation”. 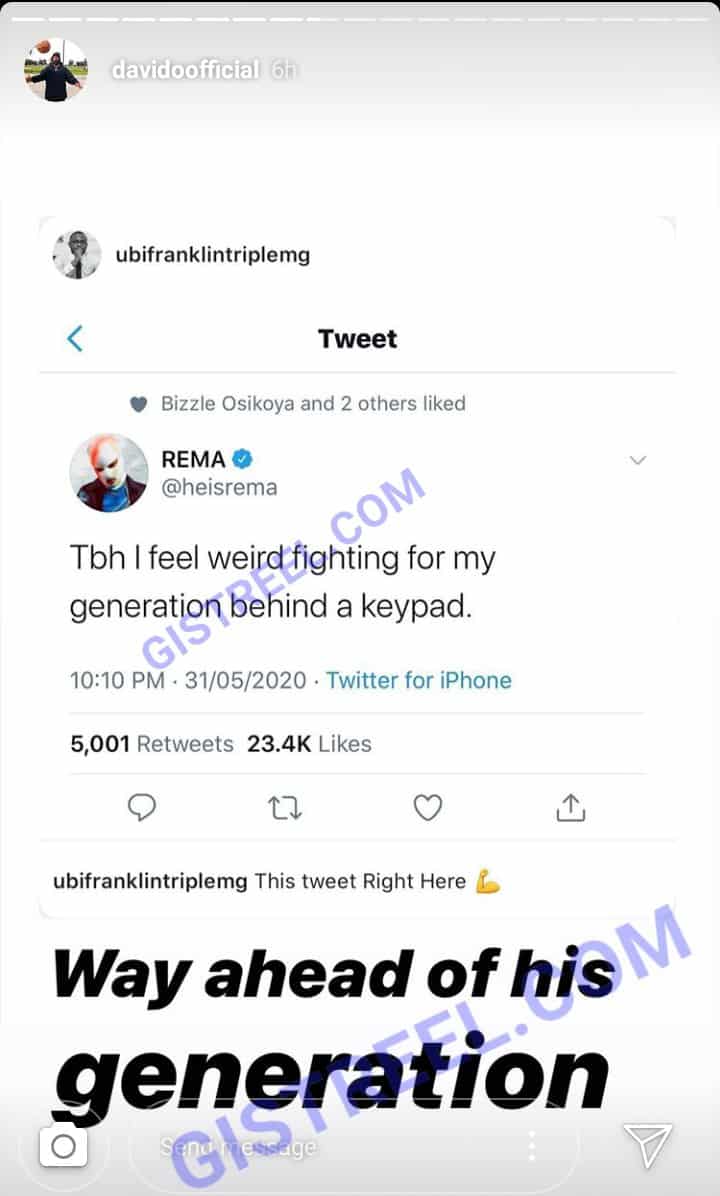