The 42-year-old announced her father’s death on Monday via Instagram with words that suggested he had been ill for some time.

“Dad!!! May your soul Rest in Peace!! I tried Dad! I did!! We love you but God knows best!!! #iwishicanturnbackthehandsoftime,” she said. 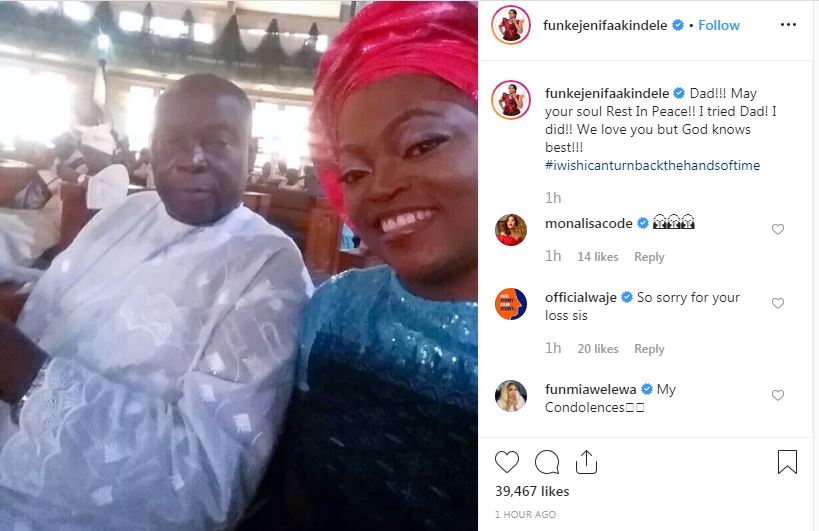 Funke however did not indicate when the old man died or his age.

Celebrities who have sent in their condolences via her Instagram post include Monalisa Chinda-Coker, Lala Akindoju, Fathia Williams, Waje among others.

“So sorry for your loss sis”, Official Waje said.

“Our Our condolences”, wrote Olorisupergal.

Funke’s father was from Ikorodu, in Lagos State. Funke is the second of the man’s three children, two girls and one boy.

He was a retired school principal.