Former Nigeria aviation minister, Femi Fani-Kayode has officially joined the movie scene. Popularly known as FFK, he took to his Facebook page to share to news.

Sharing series of photos on the platform, he spoke about his excitement about making a cameo appearance in my debut movie which is a series titled “Silent Prejudice”. Staring alongside veterans Larry Koldsweat and Obi Idejimba, FFK stated he felt honoured.

Speaking on his experience shooting the film, he wrote:

“We were on set the whole afternoon and, though grueling, it was a great experience and tremendous fun! Many do not know just how hard actors work and the energy and discipline that goes into their craft. Being a thespian is no mean feat. It requires total dedication and focus and, having been through what I experienced on Saturday, my respect for them is boundless.” 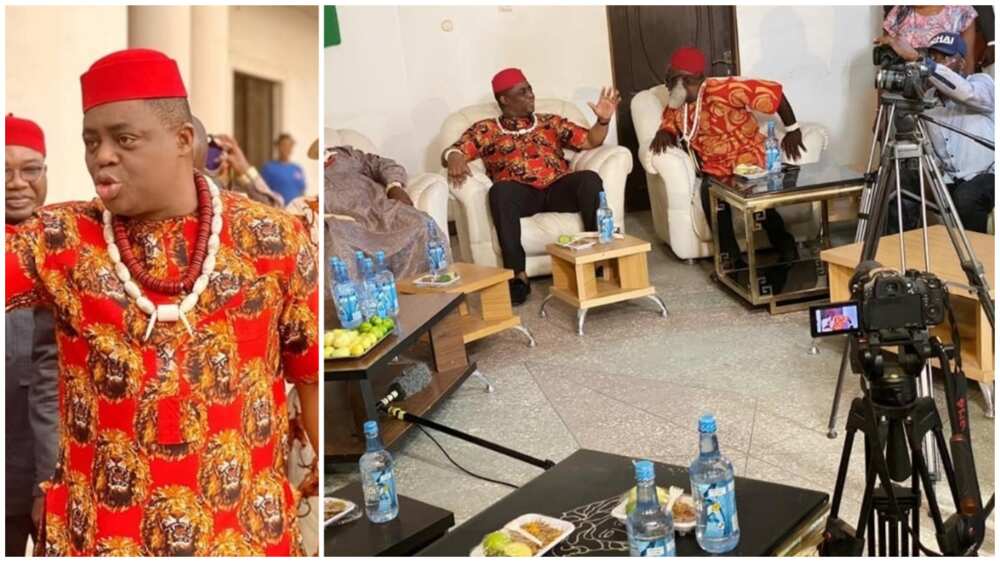 He explained that the series is about the evils associated with the Osu cast system and has the full endorsement and participation of the Nigerian Human Rights Commission whose executive secretary, Tony Ojukwu, also makes an appearance.

FFK’s wife who is also an actress, also stars in the film and he revealed she was present on set giving her support.

FFK revealed he wasn’t the only politician on set.

“My friends, brothers, colleagues and fellow politicians Chief Dan Iwuanyawu and Senator Dino Melaye appear in the series as well, as does our respected and much-loved big brother Governor Chukwuemeka Ezeife, so I was not alone!” he added.