The drama between Davido, Peruzzi, Chioma, King Patrick seems to keep on escalating, as controversial investigative journalist, Kemi Olunloyo took to social media to add fuel to the already wildfire.

Kemi Olunloyo took to her Instagram page to share that many of Chioma’s secrets would leak to the public really soon.

She also pointed out that Davido may not proceed with his plans to marry the amazing chef.

“I am vindicated, the damage Peruzzi has done is too much. Cousins are not lovers” 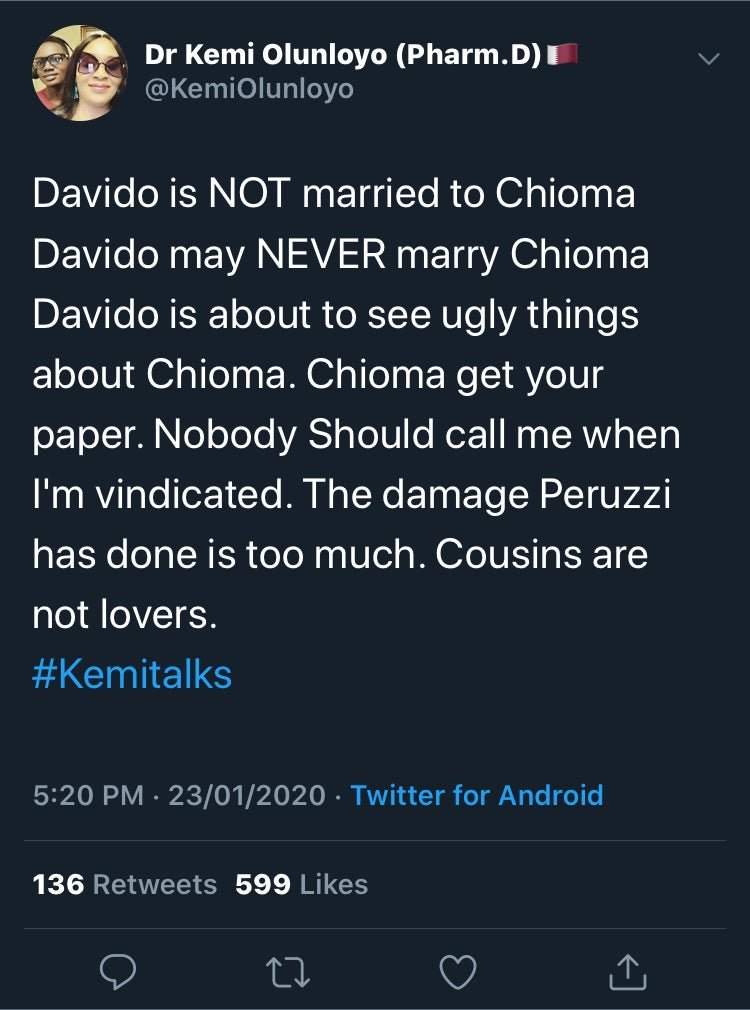