Nigerian afrobeats and dance-hall music act, Damini Ogulu, popularly known as Burna Boy continues to make waves as the Africa Giant’s hit song “On The Low” has made Gold in France.

Yesterday, Burna Boy was presented with a gold plaque for his 2018 track “On the Low” which appeared on his Grammy-nominated album African Giant.

The track was certified gold in France after being streamed over 15 million times.

The Nigerian musician who is currently on a tour and recently covered GQ Magazine reveals the good news on his Instagram page.

The ” Anybody ” crooner posted the picture and captioned it ;

“On the low” went Gold in France 🇫🇷 without any radio push or promo. Love every single one of you that streamed it over 15m times, it’s still #FOOTONNECK2020 ”” 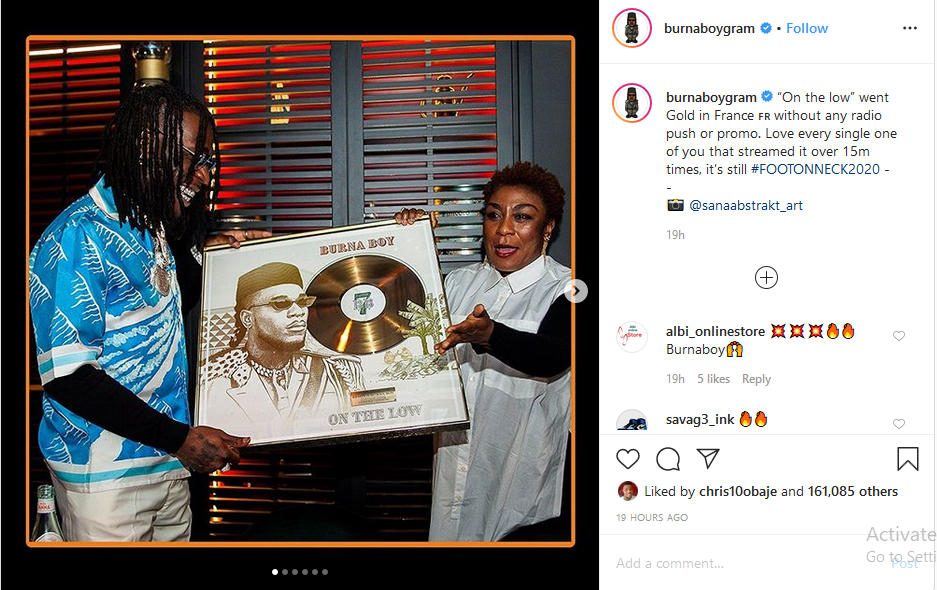