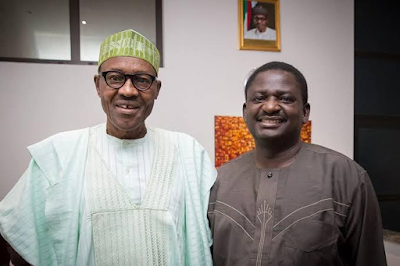 Special Adviser to President Buhari on Media and Publicity, Femi Adesina, says contrary to opinion held by some people, Buhari’s five day vacation is for him to rest and that he is not sick . Adesina who was a guest on Channels TV yesterday night, said Buhari had worked for eight straight months since he assumed office and needs rest.

“Any man can fall sick, old or young, but the president is not sick, the president is well. The president has worked for more than eight months non-stop, and he felt it was time to take a respite and he asked for six days leave and he did it the proper way. He communicated it to the national assembly, handed over power to his deputy and nothing is wrong with that.”he said

“Do you go on vacation because you are sick? You need respite from time to time and when you think it is time for respite, you take it. There is absolutely nothing wrong with his state of health. “Nigerians have been lied to for so long that they are now finding it difficult to believe the truth and that is the problem. You have told the truth yet they did not believe it because they have a carry-over of those who have lied to them for many decades but this government will not lie; it will tell the truth.”‎he said