The newlywed still basking in the euphoria of being married has taken to social media to reveal how she ended up with the love of her life.

The ivory reality star shared a photo post that prophesied about a woman’s next man being her best and last man, urging interested people to claim it. She captioned the photo: “I did and it happened.” 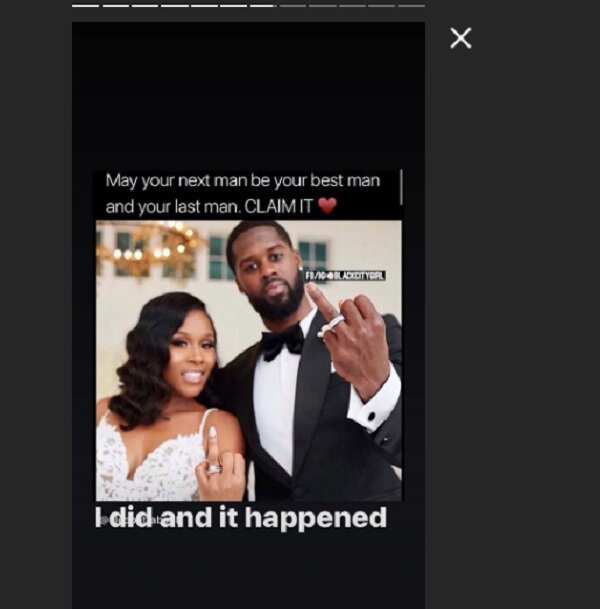 Shortly after her wedding, Nina shared a new post directed at those who doubted her engagement on the popular micro-blogging platform, Twitter.

Nina Ivy noted that those who were searching for her husband will never see him. In the tweet, she stated that they have been working overtime to find him and they never will. She added that her traditional wedding day was the best day of her life.