A schoolgirl who claimed a ten-year-old boy was the father of her unborn child has given birth to a baby girl.

Darya Sudnishnikova was 13 years old when she became famous in Russia after insisting that she was made pregnant by her 10-year-old boyfriend, Ivan.

Darya even went on prime-time TV earlier this year claiming Ivan was the father and Ivan backed up her story.

Darya later said she had been raped in her hometown Zheleznogorsk by a boy aged 16. She claimed she said Ivan was the father because she was too embarrassed to admit to the rape.

Ivan, now 11, chose to stand by her and he remains her “boyfriend”.

Darya announced today on Instagram that she has welcomed a daughter after going through a “tough” delivery. 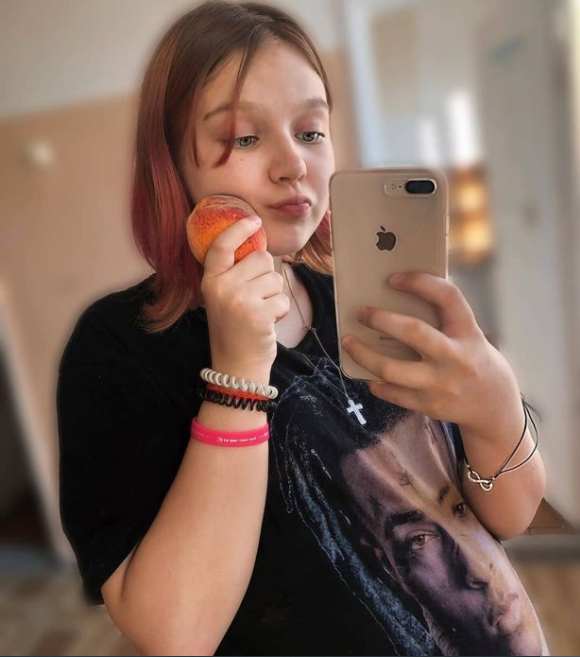 The girl had to travel to Krasnoyarsk in Siberia to find doctors who will accept her, she said last week.

She wrote on Instagram: “That’s it, I gave birth to a girl at 10 am. It was tough, I’ll tell you everything later, I’m having a rest now.”

Police are still investigating the alleged rape case and are expected to take a DNA sample from the newborn girl to find out if the 16-year-old boy is the father.

Meanwhile, Ivan wants to remain in the life of Darya and her child. Not long before giving birth, Darya revealed that Ivan stays over at her house sometimes and may take over fatherhood of her child when he’s 16.

She wrote: “He does not live with me, he stays overnight sometimes. At 16, he will take over the fatherhood, but it depends on how everything goes on between us.”