Twitter account claiming to be Mrs Ogechi Ololo, the Commissioner for Happiness and Couples’ Fulfilment, is currently at war with those opposing the new created Political assignment.

The  Twitter account with the handle @MrsOgechiOlolo has slammed Reno Omokri after he called out Governor Rochas Okorocha for appointing his biological sister as the Commissioner for Happiness and Couples’ Fulfilment shortly after wasting money on statues. 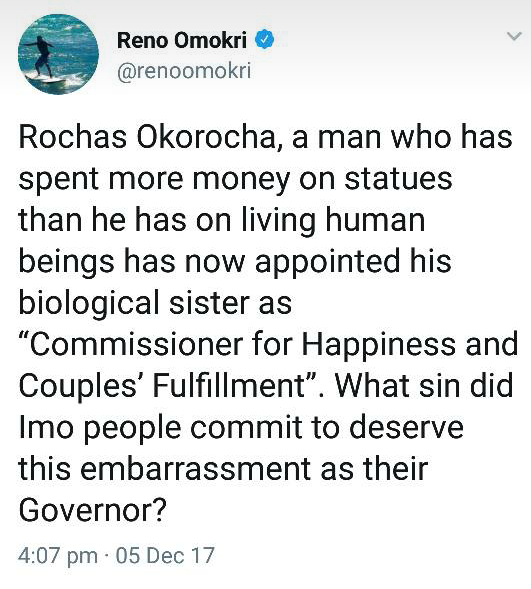 In reply, @MrsOgechiOlolo tweeted: “The SIN that your mama committed by not swallowing that sperm that was wasted on your production. Anofia, Onyeberibe Zombie! ” 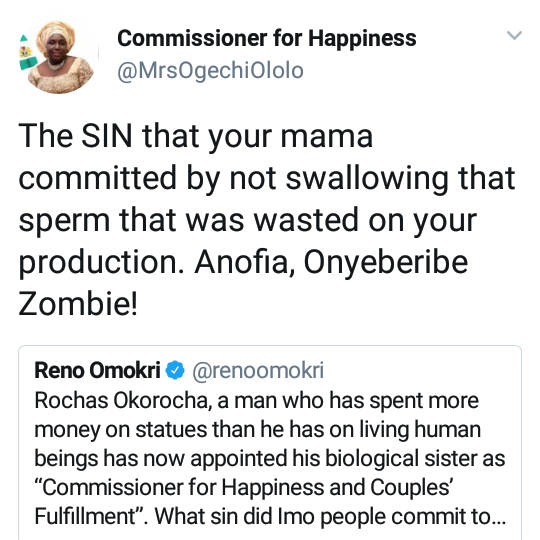 My brother, Governor Okorocha, did not create the ministry of Happiness just because I am his sister

BBC had an interview with her excellency, Imo state Honorable commissioner for Happiness and Purpose Fulfillment and she reeled out the functions of her office. She also stated that her brother did not creat the ministry just because she is his sister.

‘He did not create this ministry just because I am his sister’.

She said with time people will understand the purpose of her office.