The actress was attacked over her marital status by an Instagram user, identified as Entity music record wrote.

“Are you still single? I was still at school when I started watching your movies. Please go and marry’.

Ebube didn’t waste time in dishing her reply. Most of her fans also joined in the fight. 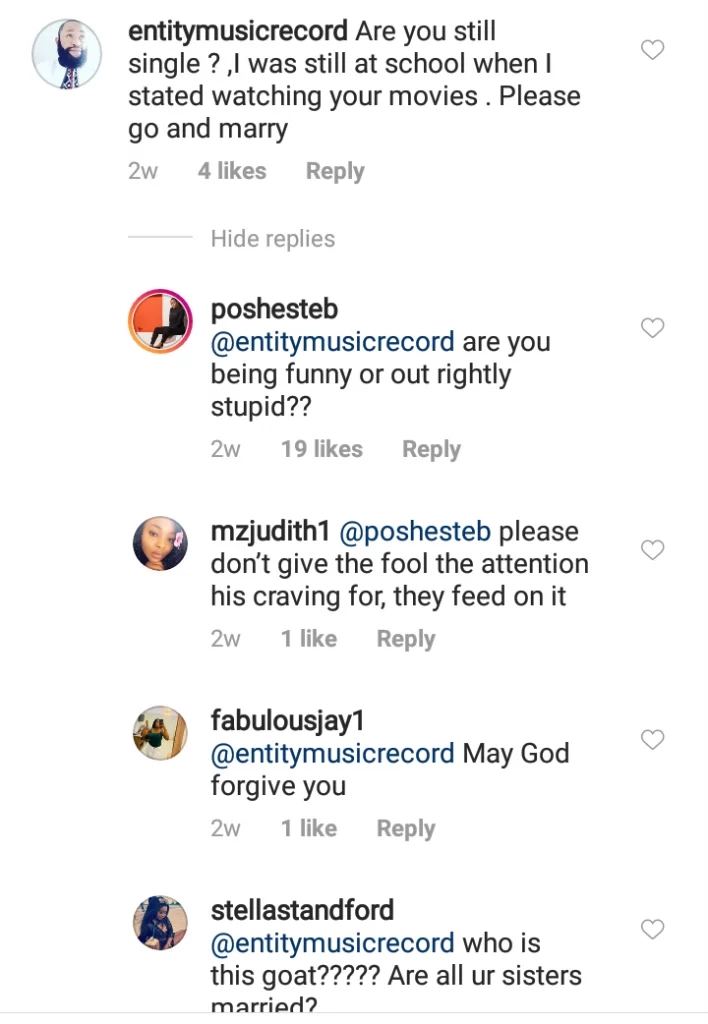 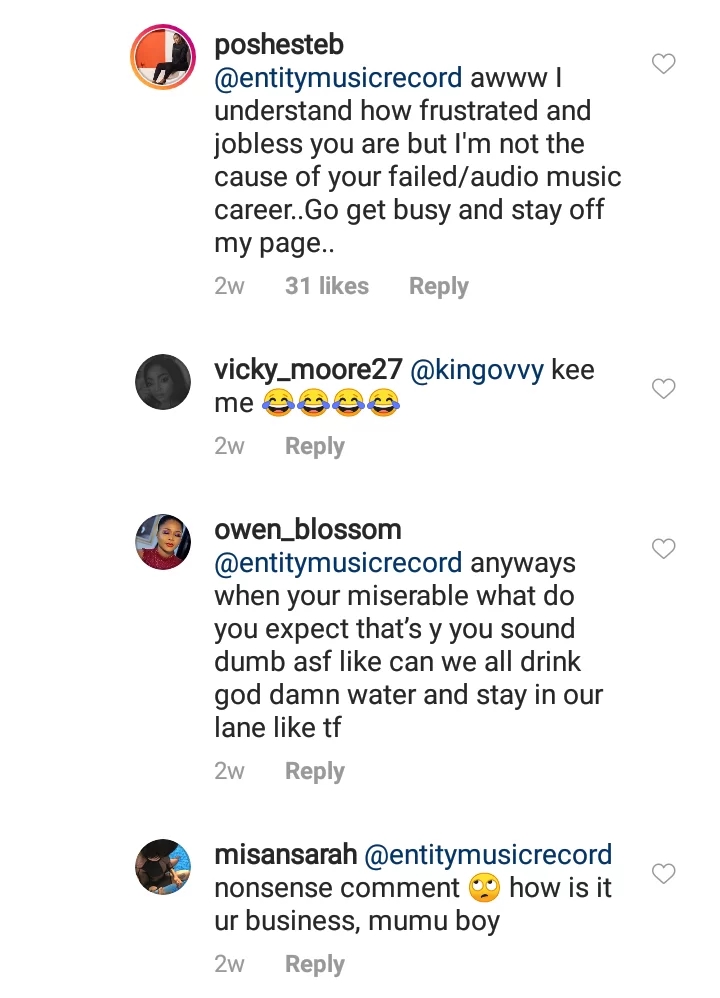 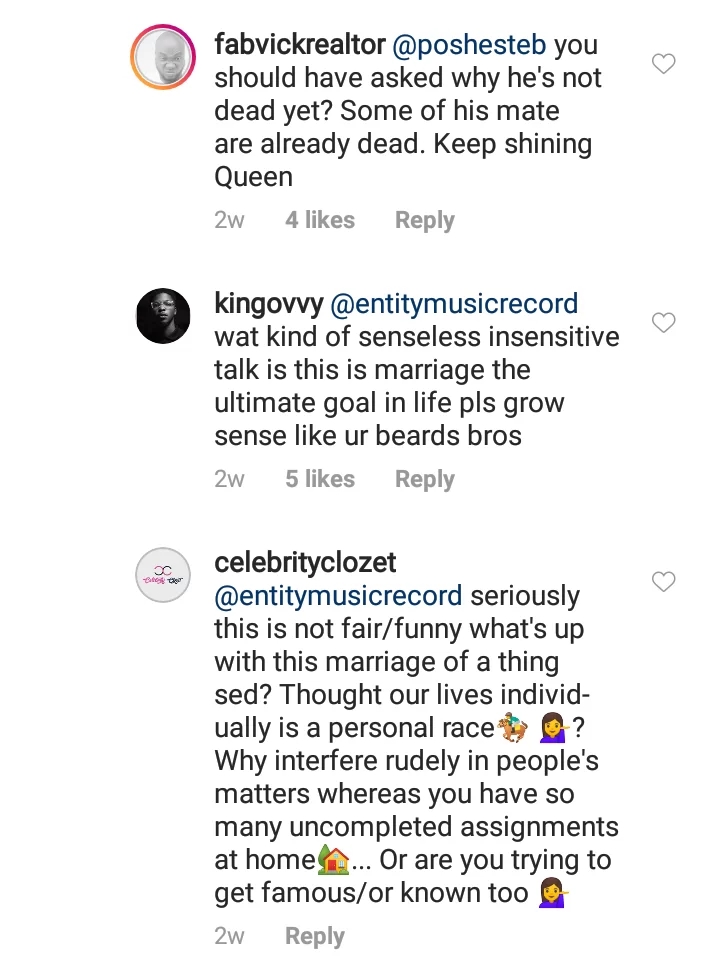 It is worthy to note that the actress began her acting career in 2003 at the age of 20. In addition to acting, she is also a distinguished entrepreneur who has made a name for herself through her strong business IQ.