The bar man who had earlier deleted all her picture and unfollowed her on Instagram, advertised his upcoming event at Pablo Cubana which according to him, will be graced by Cardi B and some other top artistes in Nigeria.

And an unhappy follower, identified as Oghenekaro who felt bad that BBNaija’s Mercy wouldn’t be attending the event, said,
“Too bad Mercy won’t be coming”.

In reaction,to the comment, Cubana wrote; “Table is N5m. It’s for people who can afford. 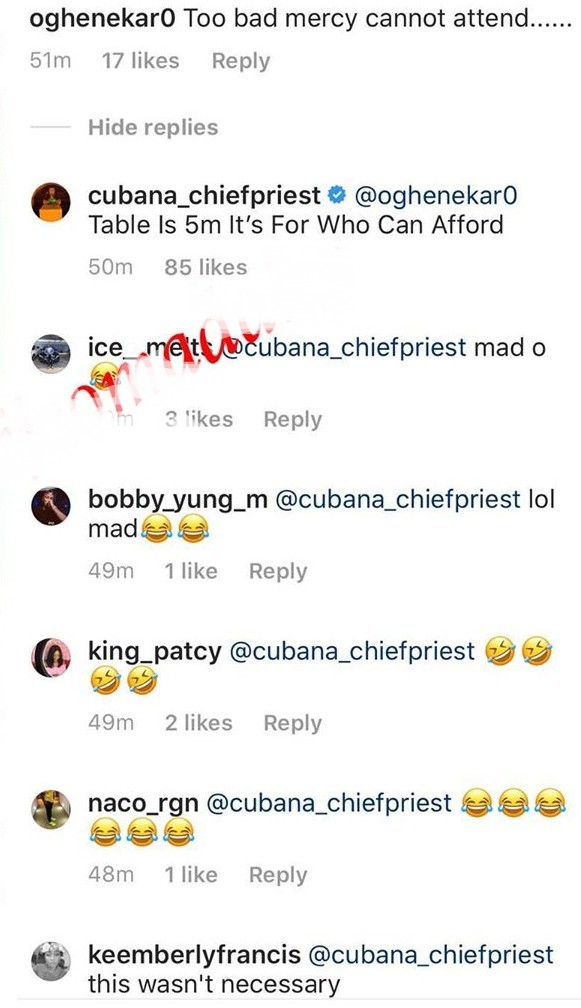 See how Bisola looked like on her 34th Birthday (Photos)

Diane Russet Of BBNaija Steps Out In Daring Outfit (Photos)

See how Bisola looked like on her 34th Birthday (Photos)

Diane Russet Of BBNaija Steps Out In Daring Outfit (Photos)

9 Things Ladies Do That Scare Men Away

10 most corrupt African Countries in the world

3 types of Vaginas Men are absolutely crazy about

Easy ways to make your own skin care products

5 reasons why you should leave that toxic relationship